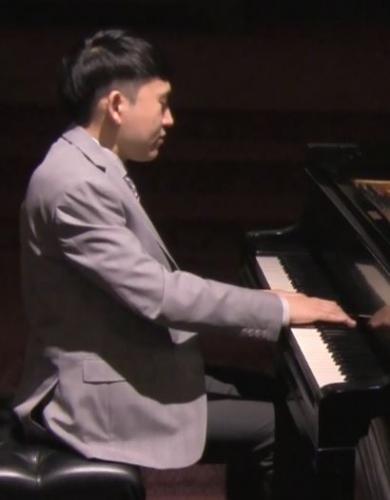 In May 1854, Clara Schumann gave birth to her seventh child with her husband Robert, who was at the time an inmate at an insane asylum near Bonn. She was not permitted to visit him, so her only source of solace and companionship during her recovery was the young Brahms. As a gift, he began to bring her variations on Schumann’s Albumblatt in F sharp minor from the Bunte Blätter, a piece which Clara herself had used as the basis for a set of variations (her Op. 20) in the previous year. Brahms’ efforts to this end were eventually collected as the Schumann Variations, Op. 9.